Even novice motorists understand how important the presence of a rear-view mirror in a car is. Without it, parking and other maneuvers are not possible in reverse gear, because it will be extremely difficult for the driver to assess the situation behind the car. It is not surprising that many manufacturers are trying to improve the mechanism and principle of operation of this device. In addition, the rapid development of technology has caused the appearance of rear-view mirrors with a display, as well as options for the combination of parktonik or video recorder. We are going to describe two new models of multifunctional rearview mirrors.

What is necessary to know when choosing a rearview mirror?

The most convenient way is to install a mirror lining, which are of two types:

Therefore, if we are talking about a panoramic mirror, it is better to try different options, choosing the most convenient for your car. Naturally, when choosing a recorder mirror or a monitor mirror, first of all you need to pay attention to the stuffing. Moreover, when you are hiring a car, for example, taking one of the LaGuardia rental cars, you can pay attention to the rearview mirror of the rent car.

The only option that is definitely worth avoiding, when choosing a rearview mirror is suction pad mounting. It is unreliable. As for the mirror that replace the standard one, the owners of popular modern cars are at an advantage: most of the bracket models are suitable for them, sometimes even the branded versions are sold with a branded bracket type and logo of the brand on the start screen saver when loading. If you have a car of some outdated model, it is unlikely that something from modern installation kits will work. Moreover, modifying what is under warranty would be expensive. 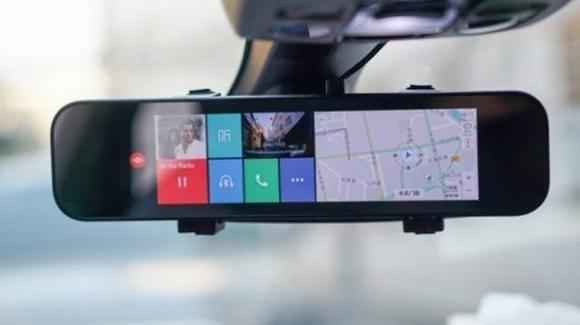 Xiaomi is known for smart products for your cars: a Yi Car DVR and an MIJIA car air purifier. The company announced one more gadget – a rear-view mirror with a camera, a screen and 70m Wi-Fi.

The shoot video and recorded data are put on a memory card, which is subsequently synchronized with the cloud. It is powered by a 370-mAh battery with no memory effect. It is charged via USB cable or from the car’s cigarette lighter. The peculiar feature of this mirror is the ADAS system, which helps the driver on the road and signals an emergency. For example, if an object quickly approaches you, or you cross a double solid line, ADAS will notify you about this.

Nissan Company was the first in the world, which embedded liquid crystal display in the rearview mirror. However, this is not the main thing in the design of new adaptive combined rear-view mirror.

The image on the monitor, built into the mirror, is transmitted by a high-performance rear-view camera, located at the rear of the vehicle. The video signal processing system helps the camera to create a clear picture on the display even in conditions of poor visibility – rain, fog or twilight. Unlike a usual glass mirror, on the screen of the rear-view monitor, there will be no glare disturbing the driver – for example, the sun or other’s headlights. In addition, the brightness of the image will always remain so that the eye perceives it without tension.

Naturally, the system has all the advantages inherent in any rearview camera. This is a wider field of view, not covered by the rear pillars of the roof, the heads of passengers and luggage, as well as independence from the rear window.

Especially for this rearview mirror, designers have developed a high-speed narrow-angle camera and a special-shape LCD monitor. The usual wide-angle camera did not suit the designers: the curvature of the monitor embedded in the mirror should match the curvature of the rear-view mirror itself, and the image displayed from the camera on such a small monitor is of insufficient quality. A narrow-angle camera with a resolution of 1.3 million pixels was created to solve the problem. In addition, by pressing a button on the frame of the mirror, the driver can choose which mode to operate the mirror in an ordinary glass or electronic with a rear view camera.

Smart mirrors have many advantages not only for the drivers. For example, if there is no need in the rear window of the body, the stern of the body could be changed by the designers in any way. Now the rear of the car can be the most daring form in terms of design and the most optimal in terms of aerodynamics.